It takes balls to tamper with a car as perfect as the S, so when Porsche announced the GTS, many people thought they were mad... but with a number of exterior design and mechanical changes to the S model, the new range-topper promises to be just as much fun as the S but a better all-round machine.

Proper Boxster fans will be able to spot the differences between the GTS and S from a mile away, but for motorists not clued up on their Porsches, the changes are less obvious.

First, let's start with aesthetics. The GTS sits 20mm lower to the ground than the S, on top of all-new 20-inch low-profile alloy wheels. The headlamps are now smoked - rather than transparent - and there's a new front bumper and rear valence, along with obligatory GTS branding on the rear. That completes the changes to the exterior of the car, so let's move onto the mechanical changes.

Porsche has extracted a further 15 horsepower and 10 lb /ft of torque from the Boxster's naturally aspirated 3.4-litre flat-six engine, so it now develops 325 horsepower at 6,100rpm and 273 lb /ft of torque at 4,500 rpm. Power is sent to the rear wheels only through the same six-speed manual box', and the car will now get from 0 - 62 mph in 5 seconds flat and onto a top speed of 175 mph.

As you might have guessed, the extra 15 horsepower and 10 lb /ft aren't really noticeable even when you're really caning it. The standard Boxster S has always been a powerful car for what it is, and the GTS continues this theme - although the extra power isn't really all that important here.

What is important is that the GTS is now the range-topper, and it costs £5,840 more than the S. In the world of Porsche, £5,840 isn't a lot of money - you spend almost half that selecting metallic paint, sat nav, and a digital radio on the Boxster's options list... and in terms of pure equipment, there's little to choose between the S and GTS. If you gave the S PASM, 20-inch alloys, the Sport Chrono Pack, sports seats, and dynamic headlights - all of which come as standard on the GTS - the prices would end up around the same... but let's not forget that you do get more power in the GTS, along with unique styling details and GTS branding - or in other words, bragging rights.

The S then has now been demoted to a middle-order car, and the GTS is the better buy overall.

The Porsche Boxster is one of the finest sports cars on the planet, and in S guise, it's a proper country road smasher. The 3.4-litre flat-six naturally aspirated engine has a ferocious aural track on the limit and it's almost fast enough to play cards with a 911 - with 315 horsepower and 263 lb/ft, 0 - 62 mph takes just 5.1 seconds and in-gear response is as quick as you'd like.

But this model is now second best to the GTS - which gets lots of equipment, along with a power boost - so is there still a place for the S?

At £47,035, the S represents terrific value for money; aside from the BMW M135i which occupies a different class, the Boxster is a performance bargain... you get a quick car, but you also get one of the finest handling and best balanced machines on the road today.

You also get lots of luxury thanks to a cabin that's full of leather, technology, and premium metals and plastics. Most importantly of all, you get what is in my opinion the best looking Porsche on the road - for me, the 911 needs a refresh and the Cayman looks too soft... the Boxster in my opinion looks just right.

What the Boxster S does well is handle, offer lots of feedback through the steering, and spring out of corners thanks to a sharp throttle response, but the problem is the GTS does all of these just a little bit better; it can corner more sharply and with greater speed, thanks to a lower profile, it can outsprint the S in a drag race (just), and it even looks better thanks to a deeper and more stylish bumper set.

So why would anybody buy an S? There isn't a reason anymore, I'm sad to say, unless you're intent on spending under £50k for your new Boxster. You see, the GTS costs £5,840 more than the S, but for that you get that extra power, that better handling, that more stylish face, and greater levels of standard equipment - for this reason, the S is recommended as a second hand buy.

The Porsche Boxster GTS is the best Boxster money can buy - hands down. But let's not forget about the car it's based on, which delivers 98% of the thrills at a lower price tag. If you're a new car buyer, we recommend you go for the GTS but for those wishing to save money, a second hand S is a solid bet. We reckon all those year old S buyers will be looking to upgrade their ride soon, so be sure to check out our Porsche Boxster cars for sale using our search function at the top of this page. 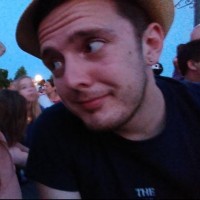 Hot in Head to Head

Five of the Best
View All >>