Now, in 2013, it is clear that Aston Martin have failed to achieve either of the three reasons above, and in true FAIL style, they are killing production of the Aston Martin Cygnet and there will unlikely be another car like it for some time.

So what went wrong?

Simply, Aston Martin priced themselves out of the market from the get-go.

At the rough cost of a brand new Range Rover Evoque, the Cygnet was ludicrously priced for what it actually was - a glorified Toyota IQ. What's more, buyers did not have the option of Toyotas 1.0-litre engine and had to make do with the perkier 1.3-litre engine. In the need to not be embarrassed by the Cygnets performance, Aston yet again priced themselves out of the market with buyers because with the higher powered engine set up, the Cygnet was not exempt from the London congestion charge.

Perhaps Aston Martin thought that because their customers were rich enough to spend £30k on a city car, they'd be willing to fork out money to pay for bicycle lanes. How wrong they were.

Other than the pricing, Aston Martin got things spot on with the driving experience of the Cygnet, though. It looked great, the interior was a delight, the tight turning circle made it easy to park and the 6-speed manual gearbox was a joy to use. We tested it in London just a few days after its release and it drew many admiring glances from passers-by - we even noticed a few people taking pictures.

Still, even though the Cygnet was good to drive, it wasn't £30k's worth good to drive. It had a 106 mph top speed and a 0 - 60 mph time of 11.5 seconds. It was perky in town, yet despite the 1.3-litre engine, the performance did not make up for the congestion charge bestowed on customers. We'd have rather had the slower 1.0-litre engine so we could go about our business without Boris luring over us.

Ultimately, Aston Martin created the Cygnet for emissions, not the customer. They wanted a car that would bring their overall emissions down but failed massively opting for a 1.3-litre engine that could not achieve what they wanted.

Despite this tactic being obvious to anybody clued in to the world of motoring, Aston Martin chief Ulrich Bez says that the only reason the Cygnet is going is because Toyota is going to drop the IQ next year. We say bollocks to that - if the Toyota IQ is going to be dropped next year, the demise of the Cygnet will have been planned and an exit strategy devised well ahead of its release.

The perfect cover up for an engineering fail if you ask us.

How did she park there? 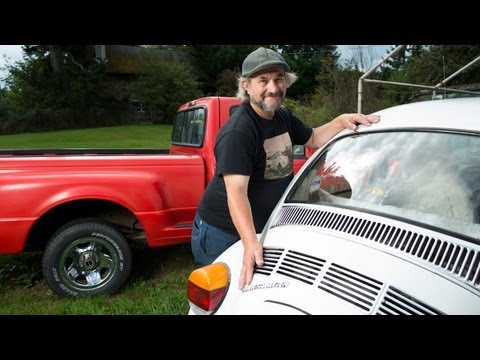 Taking ‘auto-love’ to a new level

Arrested for driving – with the steering wheel missing

How did she park there?

A new way to go off-road

Vauxhall vs Ford: let battle begin
Cars in the sky

Caught in the Classifieds
View All >>